At All Out, MJF Is Back And CM Punk Wins Back The AEW World Title

After being away for more than three months, MJF is back and has his sights set on the new AEW World Champion, CM Punk. After Punk beat Jon Moxley for the second time to win back the title, the lights went out and a voicemail from Tony Khan to MJF started playing.

The head of AEW told MJF that his absence was bad for the fans and that if he came back for All Out, he would get a spot in the Casino ladder match, more money, and he wouldn’t have to sign a contract extension. Then, it cut to a clip of a Punk promo from his ROH days where he talked about “the devil you know.” After that, it cut to the masked person who won the Casino ladder match that started the PPV. 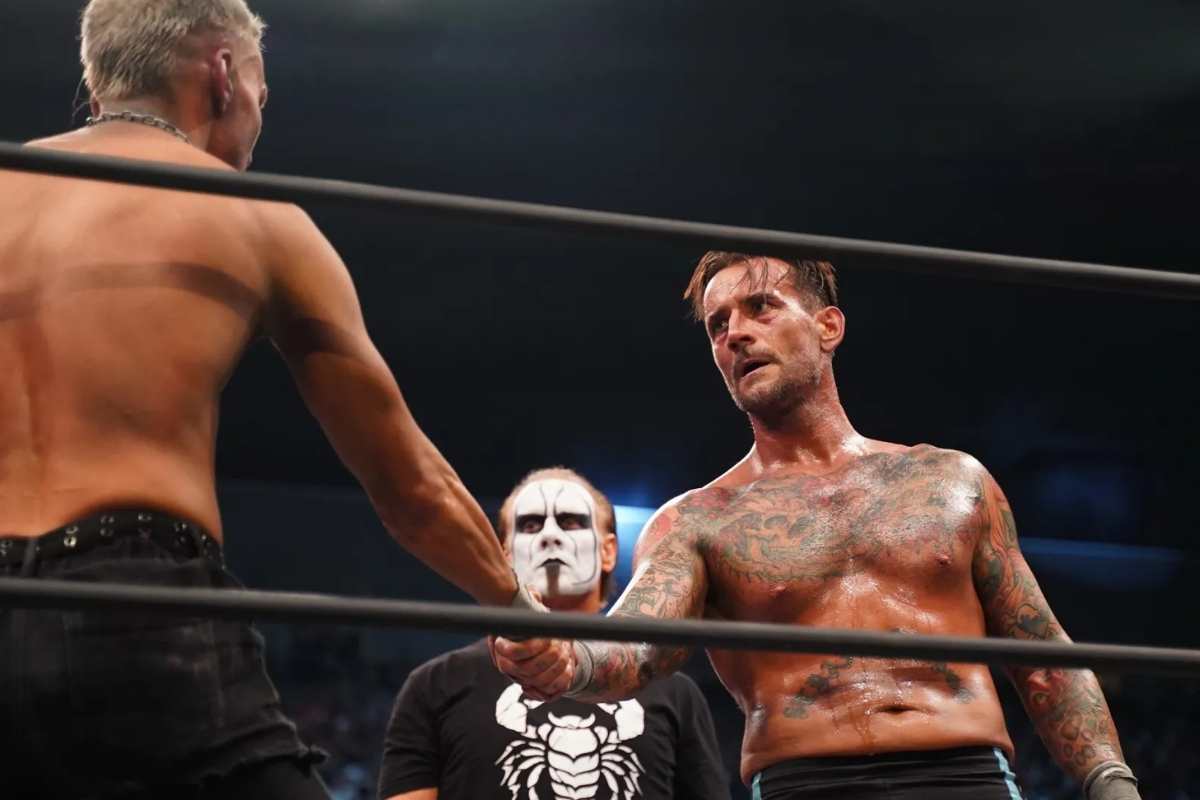 He took off the mask, but he didn’t show his face right away. Then he said he was Satan and put on his Burberry scarf. Then, MJF walked out on stage and pointed to his waist, saying that the title was his. When Punk moved the title up, the show was over. Even though the group didn’t come out at the end, what happened in the ladder match suggests that MJF is working with Stokely Hathaway, Ethan Page, Gunn Club, W. Morrissey, and Lee Moriarty.

Earlier this year, they had a big fight that ended when Punk beat MJF in a dog collar match at Revolution in March. After losing to Wardlow at Double or Nothing, which came at the end of a weekend where it wasn’t clear if MJF would even show up because of contract problems, MJF gave a harsh promo on Tony Khan and AEW on the next show, Dynamite, and then disappeared for three months. People started to wonder what was going on with him at the company when he stopped posting on social media and Khan stopped answering questions about him.

The angle came after a violent fight between Punk and Moxley, in which Punk was shot into the outside stairs and then opened up even more by Moxley’s elbows. Moxley rolled for most of the first part of the match, and Punk would sometimes favor one foot. Punk got the lead back, but by the end, both men were tired and could lose at any moment.

After a first GTS knocked Moxley out on top of a kneeling Punk, Punk later won with a second GTS. After beating Punk in three minutes on Dynamite almost two weeks ago to unify the lineal and interim titles, Moxley was the only undisputed champion for a short time. This loss puts an end to that.

For more news like this stay tuned with  domaintrip

After Clash At The Castle, Three Things Could Happen On RAW