Featuring lots of raging hormones, monsters and puberty issues, Big Mouth is an award winning adult sitcom. It follows the story of a group of teenagers who struggle to keep their hormones and sexual desires in check. The series currently has five seasons available on Netflix. As for the fate of the sixth season, we have some pretty exciting news! Keep on reading to find out the latest information about Big Mouth Season 6.

Netflix renewed Big Mouth for Season 6 all the way back in 2019! The popular streaming platform greenlit the series for a fourth, fifth and sixth season collectively before the debut of its third season.

Season 4 premiered in 2020 and Season 5 followed suit as it aired in 2021. As of yet, we don’t have an official release date for the next season. However, IMDb lists the release date of Season 6 to be in 2022.

Since all previous seasons have come out in the last quarter of each year, Season 6 will probably follow the same pattern. However, Netflix still needs to confirm the official release date. We will be sure to update you when that happens.

Season 6 will deal with the same themes as the previous seasons; sexuality, anxiety, familial issues and recognizing your individuality. It will also feature Jay and Mathew’s evolving relationship and another new socio-political issue. 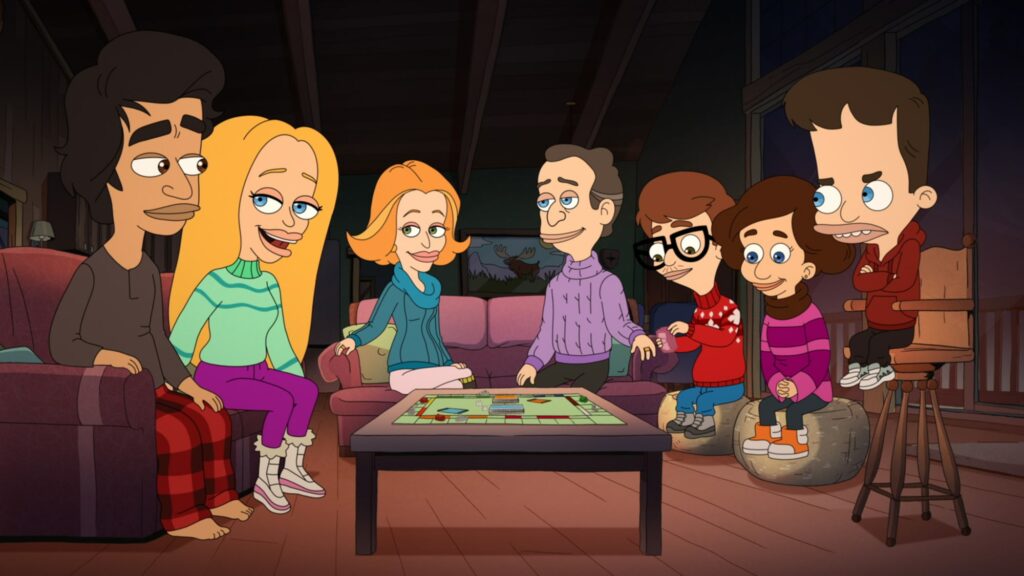 Nick and Andrew’s changing body images will be a major part of the upcoming season’s storyline. It will also deal with Missy accepting herself- her roots, color and ethnicity. The show will be spiced up by the hormone monsters who will put the characters in awkward humorous situations.

All seasons of Big Mouth have a central focal theme that changes with each season. Unfortunately, we don’t know what the theme of Season 6 will be. However, as we approach the release date, the producers will reveal it.

Additionally, some new guest stars will also appear in Season 6 of Big Mouth.

The trailer for Big Mouth Season 6 is not out yet! However, once production starts and filming is completed, the producers will release some exclusive footage. You can check back in to find out the latest news about the upcoming season!

Will Big Mouth end after Season 6?

Although there is a high probability of Season 6 ending the series, there’s no need to be upset! Netflix has already greenlit a spin off of the series called Human Resources. It will be centered around the Hormone Monsters!

How many episodes will Season 6 have?

Season 6 will have 10-11 episodes just like its predecessors. All episodes will be approximately 30 minutes long.