.coop will remain the exclusive domain name for co-operatives for the next decade. Dot Cooperation LLC (Dot Coop) has renewed it’s contract with Internet Corporation for Assigned Names and Numbers (ICANN) for another 10 years. The negotiations for renewal began in 2016 and were finalised this year in November end.

Communications officer at DotCoop, Tom Ivey says, “the process took over two years due to the changing environment and regulations within domain name industry. Since 2012, ICANN has opened up the market and there are over 1,000 namespaces (TLDs) so the standards for operating them have changed.”

ICANN also agreed for the domain to continue to be available only to bona fide co-operatives and co-operative organisations.
“Most domain names out there have no such restrictions, they can be used by everybody. This is fundamental, it means that if a co-op uses this domain it’s like a badge, they are verified, they joined this co-op movement,” added Mr Ivey. 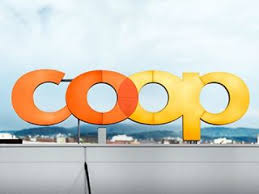 The domain .coop is a sponsored top-level domain (sTLD). It was proposed by the National Cooperative Business Association (NCBA) in late 2000. The domain .coop was intended for the use of cooperatives, their wholly owned subsidiaries, and other organizations that exist to promote or support co-operatives. The proposal was  backed by many cooperatives including the International Co-operative Alliance (ICA).
.coop became operational from Jan 30, 2001. Since then coop domains are widely in use around the world. Active coop domain holders are automatically included in an online co-op directory and registrants receive a periodic newsletter. Registrations are processed via accredited ICANN domain name registrars or their resellers.