Roku officially announced on January 20 that Doomlands animated show is coming to their channel from next week. This animated show is Roku’s first adult animated series. In this series, characters navigate the sands of a deserted post-apocalyptic world.

Josh O’Keefe created Doomlands as a university project before becoming popular when O’Keefe took his creation to Josh Bowen at Look Mom! Productions, he turned it into a full-fledged series. This series is a wild, funny and clever show with excellent characters.

Doomlands Animated Series’ first images show some odd characters that we will find at The Oasis, such as the robots and anthropomorphic creatures. We can judge from the first glimpse that the apocalypse changed Earth’s life so that all kinds of curious beasts could be included. It leaves us wondering about the story behind the warrior Koala with an eyepatch.

Doomlands Animated series will be exclusively available for free on The Roku Channel in the U.S, Canada and the U.K from January 28.

Words from Creators and Producers

According to O’Keefe, Doomlands is a homage to Ozploitation and Science fiction cinemas. He is glad to bring it back to television.

Josh Bowen shares that Doomlands was made entirely during the pandemic period. He says that Josh literally produced this show from his mom’s basement while enjoying her home-cooked meals. The final result is indeed a testament to the resilience of the entire team. He says that he was excited about the fact that the show is now a Roku’s original. 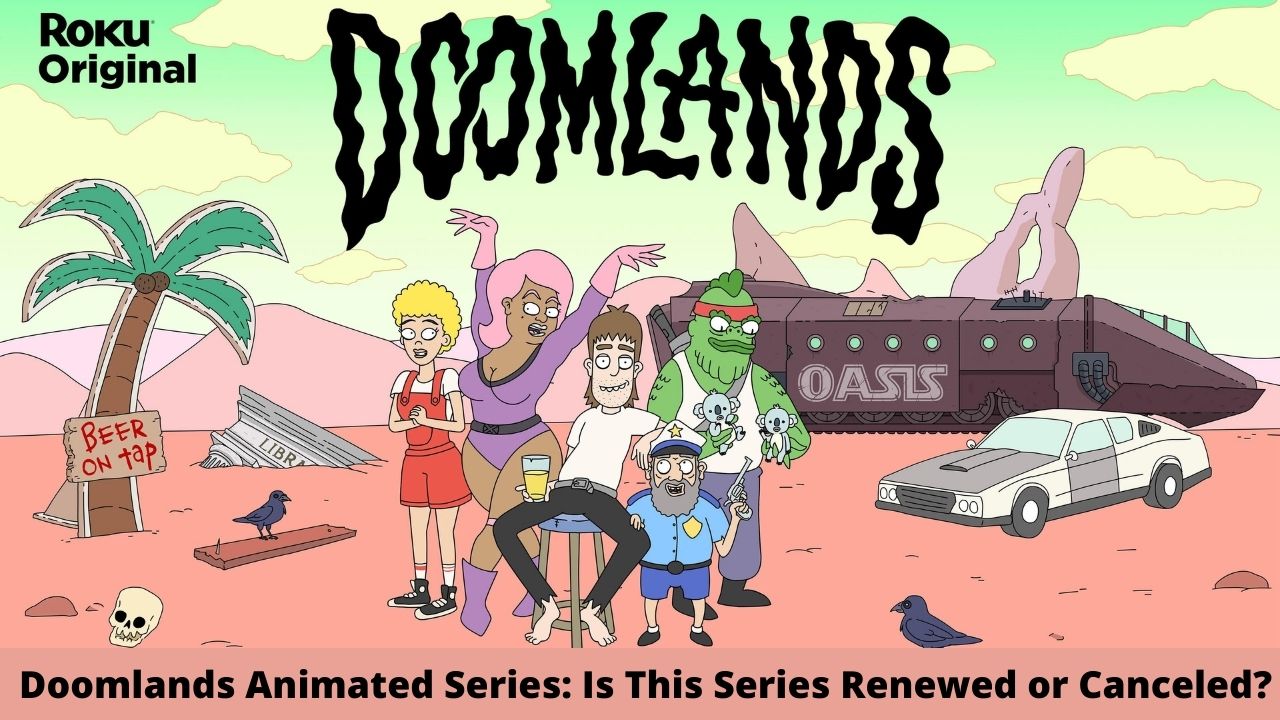 As per Colin Davis, Roku’s Head of Original Scripted Programming, this series will bring a lot of fame to Josh O’Keefe. Davis says that O’Keefe and his hardworking team have created a fantastic show with excellent characters.

Initially, the show received a series order from the short-lived Quibi before the service shut down and sold their content library to Roku, Inc. Danny Doom and Kayla operate a mobile bar called The Oasis throughout a post-apocalyptic area. They try to keep the business alive amidst several problems caused by desert gangs and bathroom graffiti.

The co-showrunner of this series, along with O’Keefe, is Lee Porter. In the first photos released, we see several amusing things like a trophy, coconut, and bust of an alien behind them on the shelves. There’s also a robot that somewhat looks like a demon. Doomlands Animated series is different because it dares to put its amusing characters into the comedic situation of serving alcohol to the crowd amidst all the terror that surrounds the scene.

This series follows a trend established by Rick & Morty, Big Mouth and other adult animated series. Although the plot is an original concept, nostalgia is an attractive property that this show could have due to its various Australian influences, some of which also marks Western Pop Culture. Despite being the most comprehensive free ad-supported video-on-demand platform, Roku fails to compete with its bigger competitors. However, if given the proper exposure, Doomlands animated series will gather a large audience and could prove to be a very successful endeavour for The Roku Channel when it debuts on January 28.

All excited for the new Roku’s Original? Save the date to enjoy the exciting, thrilling and entertaining creation of O’Keefe. The excellent characters and unique plot of the Doomlands Animated series will definitely entertain you.