In late November of 2021, Atlanta rap duo EARTHGANG had announced their upcoming studio album named Ghetto Gods, which will be released in late January 2022. As January is close to ending, the album has missed its release date, with no postponed date in sight, and the fans have not been hinted at a new date either.

Atlanta born duo and Dreamville artists Earthgang had announced their new album Ghetto Gods back in early November of 2021. The album, a follow up to their 2019 entire length body of work Mirrorland, was said to have a scheduled release date of January 28, 2022. Not only was there an announcement, but the news of disclosure to the announcement also had an accompanying trailer. 2 Chainz, a fellow Georgia native and rapper, delivered a proper yet authentic introduction to the forthcoming project. Considering the lengths the Dreamville took for the reveal, the album not being released on time came as some surprise. 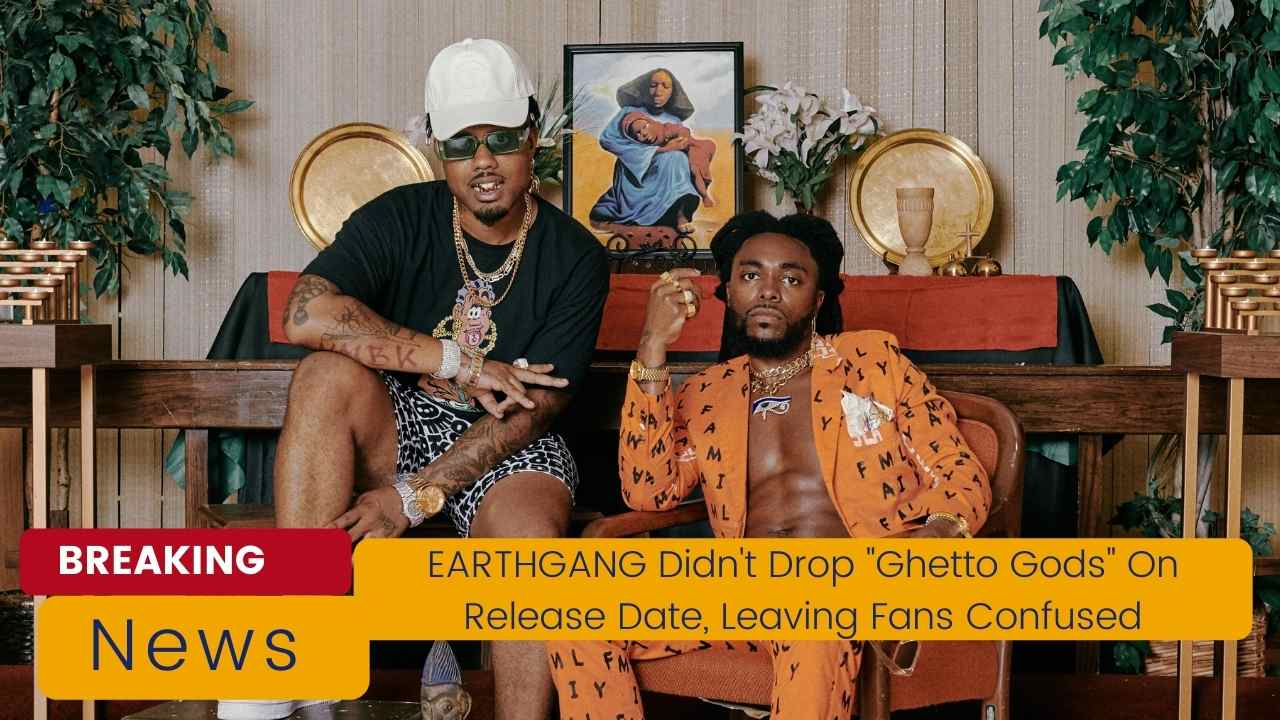 Since the emergence of Earthgang nearly 8 years ago, the Atlanta duo has made a mark with their rambunctious-yet-skilful rap brand. Together, EarthGang’s Olu and WowGr8 have not dropped a full-length project since 2019’s Mirrorland. Long back, they had officially announced a January 28, 2022 release date for Ghetto Gods, which was the band’s official sophomore project and has left their fans excited as long as they wait for its release.

However, Johnny Venus and Doctor Dot certainly still intend to put out the record, as they took to Reddit this weekend amid fan complaints about their delay, in order to reveal the Ghetto Gods track-list.

Fans of Earthgang took to Twitter with their confusion on Earthgang’s Ghetto Gods being missing from action and inquired about their absence by various tweets and puzzling questions.

While some fans were eagerly waiting for the album to be delivered to streaming platforms, some fans stated this was “expected.” There was no cover art, tracklist, or word of the album in the days before its supposed release. Listeners had no accurate evidence that the new album from Earthgang would be released on time, so some decided not to get their hopes up and wait for a new album.

There is one potential saving fineness for the timing of Earthgang’s Ghetto Gods release (or lack thereof). J. Cole, Dreamville’s founder and leader of the pack, has his birthday on January 28. Earthgang was scheduled to perform at an event held on said day, meaning the group may perform the album and release it afterwards.

The album will feature 17 songs and include components from fellow Dreamville artists Ari Lennox, Future, Smino, Baby Tate, CeeLo Green, Nick Cannon, and more. Both pre-released promotional singles “All Eyes On Me” and “American Horror Story” will also be included on the record, as their first studio album in over two years looks to be monumental for them.

Cobra Kai Season 5: Will there be a Release Date for the 5th Season?

As they had previously unveiled this tracklist to their fans through online social platforms like Reddit, a video also surfaced of them addressing Ghetto Gods‘ delay, as they insisted they would instead fans hear the album live in concert with excitement before it arrives on digital streaming platforms: “It’s coming to streaming soon, but we want you all to get this album live and in person.”

We are certainly down to know that the album has not been released on the date that was disclosed earlier when it would be released. Let us know how you feel about this news, too, as we certainly cannot wait to hear the new album release.