DC comic’s heartthrob Harley Quinn is reportedly coming back! Get ready to watch the exceptional blue-red haired icon return with HBO Max’s Harley Quinn Season 3. There has been recent speculation regarding releasing the third season of the quirky, adult animation series.

Harley Quinn is being renewed, and fans cannot wait to set out on Quinn’s misadventures and ventures as she goes through her ‘chaotic’ typical day. The forthcoming season will consist of ten episodes, as known yet, and will premiere this year itself! Gear up as Harley comes back with her league of supervillains.

The latest news about the DC comic’s Harley Quinn Season 3 will be released in 2022! There is no exact release date yet, but several speculations point towards the April 2022, similar to season 2, 2020. Still, others have asked if the release will be in November 2022, equivalent to season 1 in 2019.

On September 18, 2020, US streamer HBO announced the show to be renewed. The third season of the Harley Quinn animated series got a grand trailer at DC Fandom back in October. Still, it was considered a placeholder animation as it was under work. 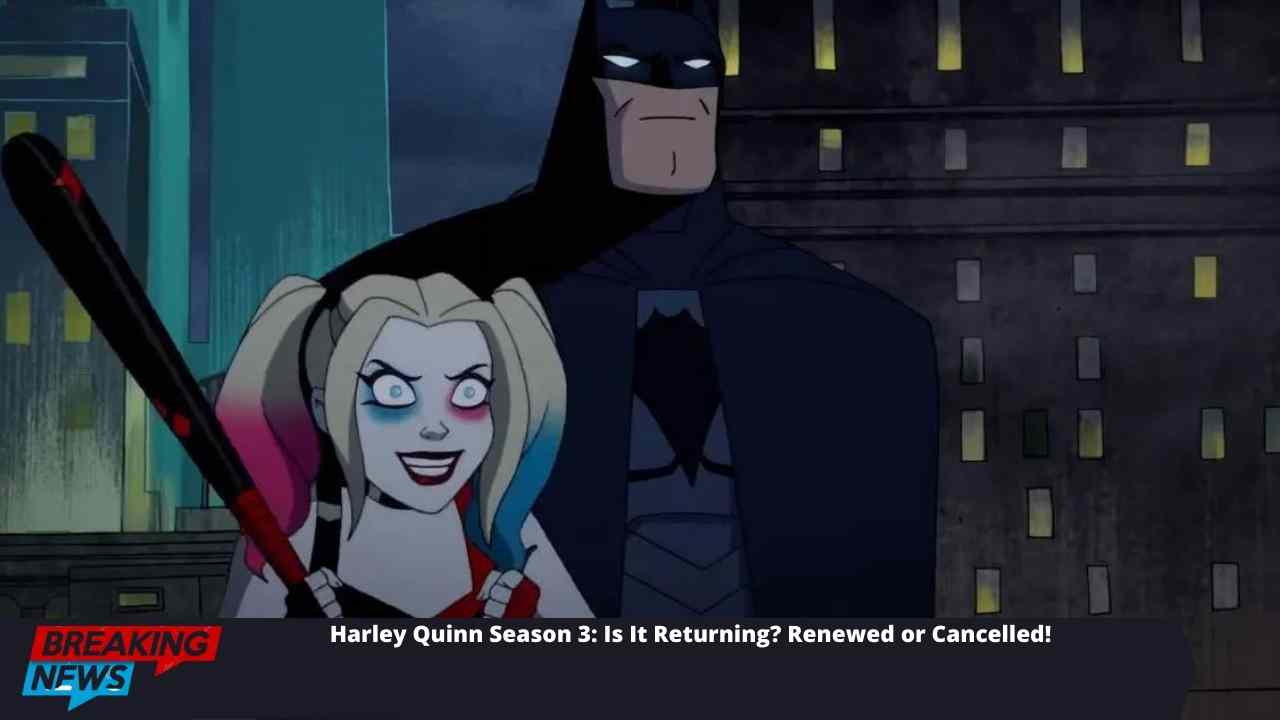 Harley Quinn Season 3:Where to Watch?

Harley Quinn Season 3 will only be available to watch on HBO Max in the US and countries that support the streaming service after makers shift it from the DC Universe app.

Depending on the country, the show will be available in different areas outside the US. Like in the UK, the show has been shown on free digital channel E4. It might be available for online streaming if the makers consider it.

The trailer only presented a small foretaste of what to expect in Harley Quinn Season 3.

At the end of Season 2, we see that Harley Quinn (by Kaley Cuoco) and Poison Ivy (by Lake Bell) confessed their feelings for each other and possibly even married! As in the prequel comic, we saw them go on a honeymoon tour together. The trailer also hinted that Batman, Joker, Dr Psycho, Bane, Kite Man, and Commissioner Gordon would all return. The trailer also teased Amanda Waller, Swamp Thing, the Court of Owls, and Frank, the ‘elite’ talking plant, which becomes some super-being. Apart from this, nothing else can be drawn out as it was too short.

However, there will likely be a new trailer when the makers announce the exact release date in the upcoming months. So we can all keep playing the guessing game till then!

The new season is supposed to have a supporting cast where Matt Oberg (Kite Man), Christopher Meloni (Commissioner Gordon), Diedrich Bader ( the Batman), Jim Rash ( The Riddler), Sanaa Lathan (Catwoman), and James Adomian (Bane). They have all played a fantastic job in the previous seasons as well.

There will be a very intriguing guest cast, to say the least, which include characters such as Nightwing, Mad Hatter, Amanda Waller, and a Swamp Thing. Fans anticipate being mind blown by the new series and seem very excited about the characters to be in the show.

As of now, an entire musical episode can be expected in Harley Quinn Season 3. The show makers and co-runners, Patrick Schumacker and Justin Halpern, had stated that they would throw more light on the character of Poison Ivy. They will tell her backstory and proceed with some part of the story from her point of view. The show will also explore Commissioner Gordon’s poor approval rating in Gotham City as he will realize how the Gotham City Police Department has failed the city and its people. With Harley and Ivy as the show’s centre, the show will probably show how they deal with being in a good relationship after mostly being in toxic ones and how the previous baggage would affect their current relationship.

With much more to offer, Harley Quinn Season 3 will be the most eccentric, dramatic and fun season as of yet.

So gear up as we dive into Harley’s daily heroic life again and see what further waits for Gotham?