Episode 8 of Rick and Morty finally addressed some of its complex continuity after a season of primarily self-contained one-offs, and it was one of the best episodes of the show this year. The episode, titled ‘Rickternal Friendshine of the Spotless Mort,’ saw Rick and a younger version of himself travel into the mind of perennial fan favorite Birdperson. Along with the normal mind-bending Rick and Morty antics, this episode featured some unexpected character development for Rick as he struggles to forge a friendship with a new character and revealed some concerning information about Beth…

Naturally, everything here serves as an excellent buildup for the show’s concluding two episodes, which will be broadcast consecutively as a double feature. After a brief pause between episodes nine and ten, the hour-long episode will be the first time Rick and Morty have tried a lengthy two-parter, signaling that great things are to store from the finale. That being the case, here’s the lowdown on Morty season five, including when it will air and where you can watch it in the United Kingdom.

Where Can I Find Rick And Morty Season 5 In The UK?

Fans of Rick and Morty may rejoice, as the pair returned to UK television screens this summer, this time on E4. Fans in the UK will be able to catch up on the US show the following day, so there will be no significant gap in coverage. Fans in the United States will be able to catch the next episode of season five on September 5th, while those in the United Kingdom will be able to catch it on September 6th on E4. ‘Forgetting Sarick Mortshall’ and ‘Rickmurai Jack’ make up the hour-long finale, which is set to air back-to-back. After the broadcast, episodes will be made accessible on All 4 for on-demand viewing.

What Time Is Rick And Morty Season 5 On E4 In The United Kingdom?

Adult Swim will broadcast Rick and Morty episodes 9 and 10 of season 5 at 11 p.m. ET on Sunday, September 5th. There is no break in the schedule, therefore E4 is likely to air the same two episodes at 10 pm BST on September 6th. Season 5 episodes have previously aired every week on E4 at 10 p.m. BST on Mondays, the same time slot as the previous season.

When Will Rick And Morty’s Ninth Episode Of Season 5 Come Out?

The following are the titles of the ten episodes, as well as their air dates in the United Kingdom:

Despite the episodes’ seemingly disparate titles, the season finale will consist of two parts: episodes nine and 10. As a result, the final two episodes of the series will air after a nearly month-long break, maybe in order to build up anticipation. If that’s the case, we’re anticipating huge things.

What will happen next is difficult to predict because of the show’s non-linear and unpredictable character. Writers hinted at greater continuity for season five during the Adult Swim Festival 2020 virtual event, which we’ve already seen with the return of Keith David’s President and an episode devoted to Birdperson’s return. After a two-part conclusion, Rick and Morty’s fans are eager to see the show’s long-standing problems about continuity answered and the dangling story threads, such as Evil Morty and Space Beth developed, addressed.

The final two episodes of the series have only been teased with a quick teaser, suggesting Morty would be replaced by two crows of some sort. Is it possible that we’re getting a look at Rick without Morty?

We still don’t know what happened to Evil Morty and what he did to the Citadel while he was in charge, so hopefully, he’ll show up this season as well.

Alison Brie (GLOW) and Timothy Olyphant (Deadwood), three former child stars from the ’90s, were announced to feature in unspecified roles. Rick and Morty creator Dan Harmon and Community star Brie Larson have reunited for the first time since Joel McHale, Gillian Jacobs, and Jim Rash all appeared on the show as guest stars. 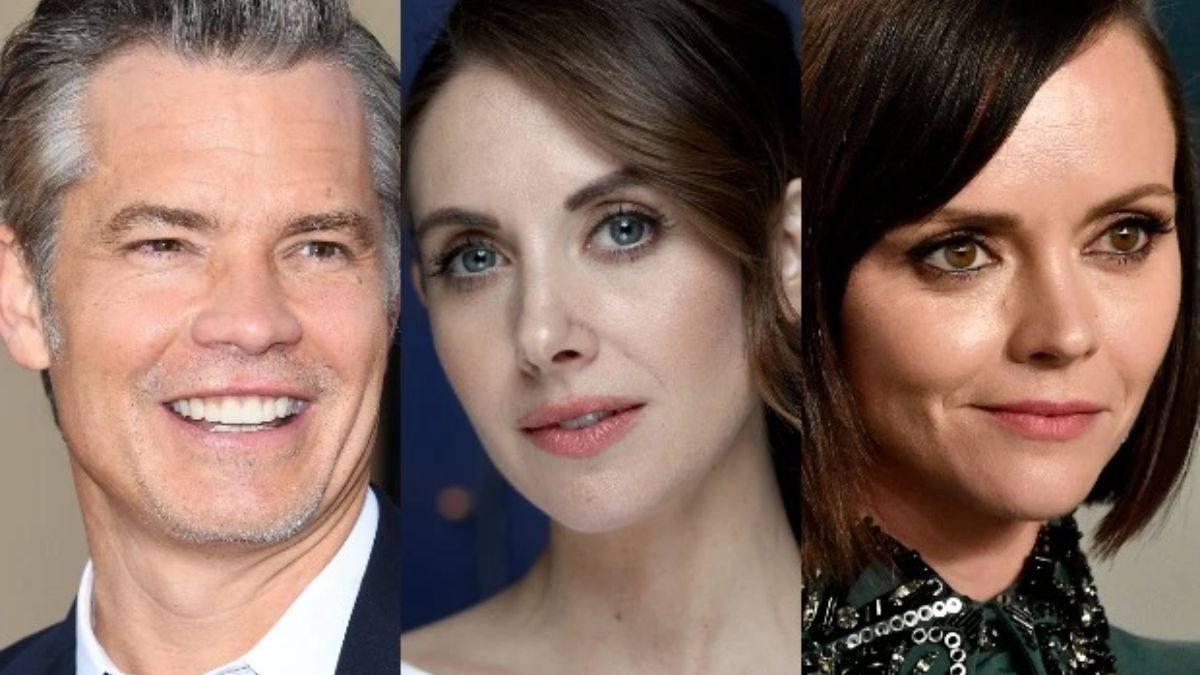 Episode 3 ‘A Rickconvenient Mort’ would also feature Jennifer Coolidge (American Pie), Steve Buscemi (Fargo), and Fred Stoller as Planetina, the Captain Planet parody voiced by Brie (Everybody Loves Raymond). As Princess Ponietta, Ricci appeared in the following episode ‘Rickdependence Spray,’ while Timothy Olyphant as marine-turned-turkey Coop in episode seven of the series. The President has already appeared in a couple of episodes of season five as played by Keith David, while famed actress Susan Sarandon will return as family therapist Dr. Wong from the Pickle Rick episode with her distinctive voice.

Both Nolan North and Troy Baker, well-known for their roles as protagonists in the videogame games Uncharted and The Last of Us, have made guest appearances this season. Tom Kenny and Cassie Steele have returned as Squanchy and Tammy, respectively, while Dan Harmon joins Roiland in the voice booth as Mr. Nimbus and Birdperson. Season five will not feature the long-rumored visit of Kanye West, despite the rapper’s public appeal and the show’s makers even offering the rapper his own episode.

Season five trailers have been released by Adult Swim, and they’re every bit as outrageous and amazing as you’d expect. There’s a fresh focus on family in the latest episode, which is reminiscent of Rick and Morty’s distinct take on the subject:

Rick and Morty: Will There Be a Movie?

In 2018, the network Adult Swim ordered 70 episodes of Rick and Morty, which means Rick and Morty’s fans have a lot to look forward to this year. Producer Scott Marder teased that a film adaptation of the subversive series is very likely, so it looks like the dysfunctional duo’s most thrilling voyage yet could be to the big screen. As Marder told Metro, “It’d be intimidating, and I wouldn’t be stunned if one came down the pipe one day.” Marder.

There is a sense in which each and every episode is a film. The idea of a movie would be interesting to me since I feel like we cram so much into our lives.” According to Marder, “I believe it will happen.” “I believe it will.” Aside from Spencer Grammer, Summer’s other actresses have also spoken out against the film’s unconventional release plans. For something this large, like an interactive 3D movie with its own theme park, it would be necessary. According to Grammer, “a straight movie” was out of the question. In New York City, there are 4D movie theatres.

How To Watch Rick And Morty Seasons 1-4 On Netflix

Rick and Morty’s first three seasons are all accessible on Netflix, and new episodes air every night on E4 at 10 p.m. Only on E4 at 10 pm Wednesdays, the new episodes of Season 4 were made accessible to watch online. On Tuesday, June 16th, it was added to Netflix, joining the previous episodes. After four seasons of the time-traveling duo’s adventures, they recently unveiled an anime-inspired, but otherwise very much Rick and Morty-Esque, short film.

For More Information Stay tuned with us only on Domaintrip.com