The #CancelCulture is very prominent in today’s world. Users of social media often have come across this term. This time, however, we don’t have anyone being cancelled. Rather than someone wishing to get ‘cancelled’ (yikes!), the famous comedian Ricky Gervais, who has immense popularity for his involvement in the classic comedy series, The Office, apparently wants to get cancelled. His new stand-up comedy show Armageddon is coming up, and he jokingly mentions how he wants to try and get cancelled with his upcoming show’s content.

During a recent interview with Wall Street Journal on January 31, 2022, he said he wants to treat his new show like it will be his last and get Armageddon cancelled by his fans! Rickey said that his latest tour, Armageddon, will like the celebration to the end of his comedy career. The ending part is not genuine as he spoke. Still, he mentioned his desire to cancel with all the offensive and lighthearted comedy he will put out in front of his audience, who loves him dearly and loves his humour even more!

Gervais has often said that he firmly believes that no subject should ever be off-limits or put off because it might be offensive for jokes. He stated how one could joke about anything, depending on the target. Suppose one uses irony and the audience sees the statement at face value or straight up literally. In that case, it’s easier to be pulled out of context and mistaken to be saying the opposite. He also said the Wall Street Journal interview just as a journalist, there is nothing and should be nothing you wouldn’t write. Gervais has previously stated that ‘cancelling’ jokes of any genre is often just a matter of free speech. 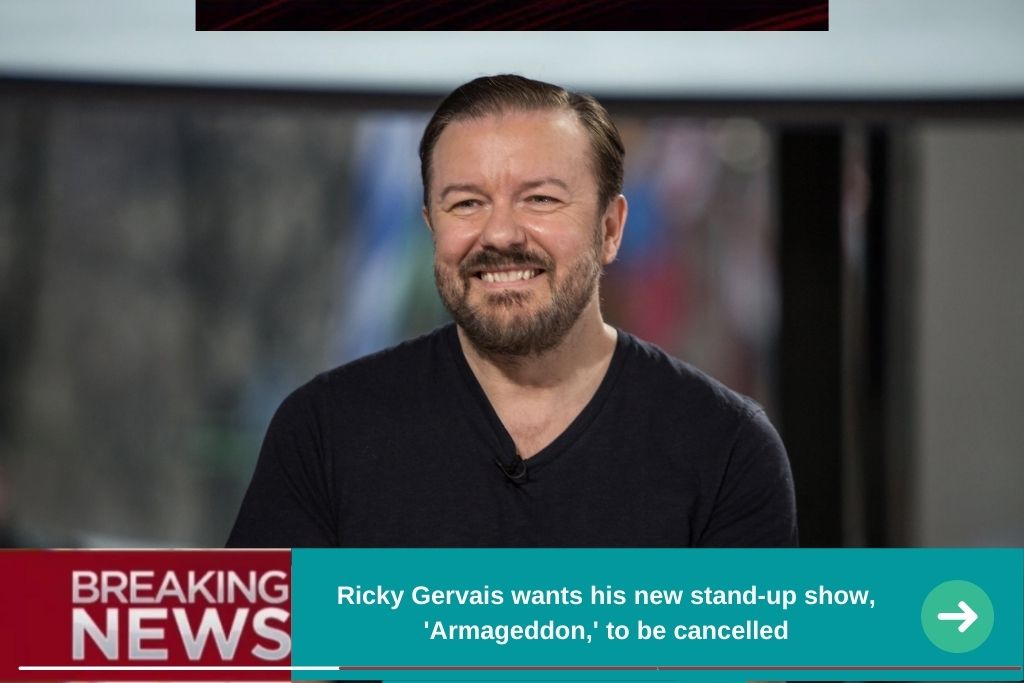 He reportedly told Yahoo UK that Freedom of speech does not come from being free of consequences. It is just keeping one free of prosecution, and obviously, no one should be prosecuted for a joke. People might differ on that opinion, but a joke is a joke at the end of the day! The After Life fame continues that something that annoys him is the hypocrisy that depends on the person listening and whose side the listener wants to choose. The fun side of a joke and law, in general, should not be influenced by whose side that person is on politically or spiritually, etc. The tricks will either float or sink. The listener typically isn’t allowed to check whether it’s morally or politically right or wrong. Like Ricky Gervais’s jokes that were at the evident displeasure of some, the A-List has not always gone down well. Gervais told Heat magazine that he would be treating Armageddon like the last one ever. “I want to try and get it cancelled. No, I want to go all out there.”

He mentioned how Armageddon would feature the end of the world and destroy ourselves for many reasons ranging from media stupidity to the actual apocalyptic end of the world.

Gervais also recently acknowledged that he would not rule out the possibility to come out with the new season of series of his hit comedy After Life if the money is on the table. He stated playfully, “It’s the most popular it’s ever been. You get paid more as the seasons go along. It makes no sense at all other than I think it’s the right decision artistically.”

Well, for now, we can only wait and watch whether this bizarre request of Gervais gets accepted and his show gets #cancelled!