The TCL Flex V was revealed during recent CES events, which rivals the Samsung Galaxy Z Flip version with a foldable clamshell design.

In contrast to the Samsung Galaxy Z Flip version, which is available at approximately $ 1,000, TCL recently released its performance at a lower price of about 40%. 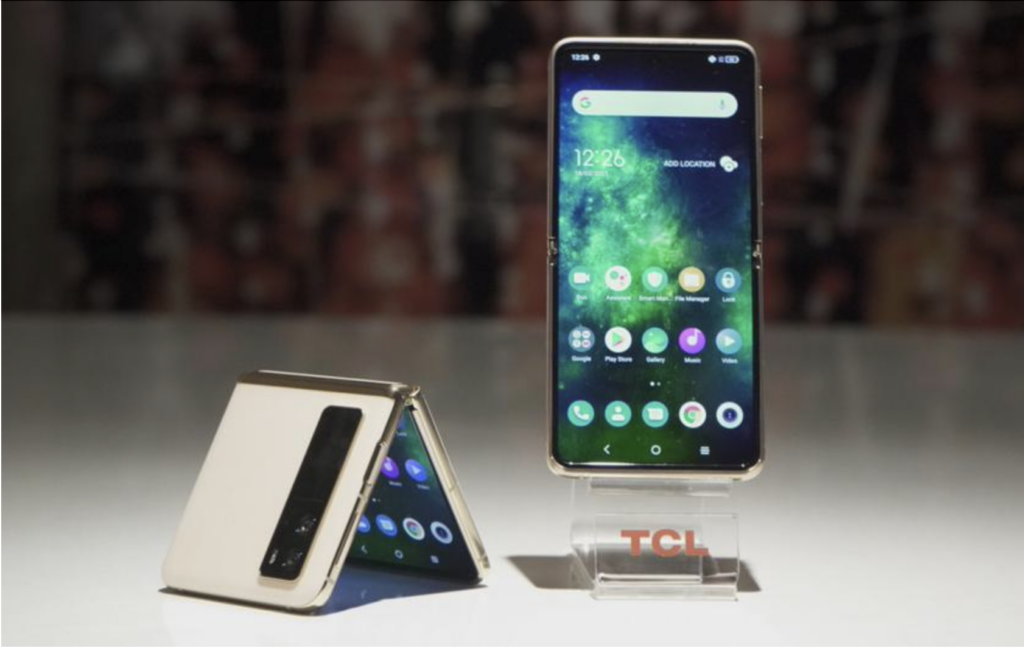 TCL did not provide many details about the TCL Flex V, but the company made it clear that the phone features a 22:9 aspect ratio when the screen is opened, making it a thinner and longer design.

The Flex V screen also features a resolution of 2080 by 2400 pixels, and it is expected to support a 120Hz refresh rate, the phone also comes with a 3545 mAh battery capacity and the Android 11 operating system, and the phone will likely be launched in the markets with Android 12.

The phone also includes a dual rear camera with a 48-megapixel primary sensor, a 16-megapixel sensor, while the 44-megapixel selfie camera comes.

It is reported that TCL has not confirmed an official date for the official launch of this version to the market, so we look forward to more details about the phone during the coming period.