The famous British heartthrob has recently uploaded a heartbreaking video of hers while she sobs and apologies to her fans. Find out why!

On January 20, 2022, Singer Adele posted to her Instagram announcing the postponement of her Las Vegas residency.

The singer performed at Colosseum theatre on Friday, January 21 2022. One day before the show’s kick-off, the video had Adele saying Covid has made it impossible to move forward. Half of her crew and members who were to be part of the shown Friday have contracted covid, and there were several delays which led to the cancellation of the much-anticipated concert.

In one minute long video posted to Instagram, an apologetic, Tearful Adele announces that her team “tried absolutely everything we can to put it together in time and for it to be good enough for you, but delivery delays and Covid have destroyed us.” She seemed in the wrong place as being disheartened and significantly hurt because of the sudden misfortune. The singer repeatedly apologises to her fans who had flown to the city for the now-cancelled and postponed concert. This concert was a part of her 2022 tour.

The ‘Hello’ fame has received immense support from her fans, who responded very compassionately and told the singer to “go easy on yourself”. The show is getting rescheduled as of now. 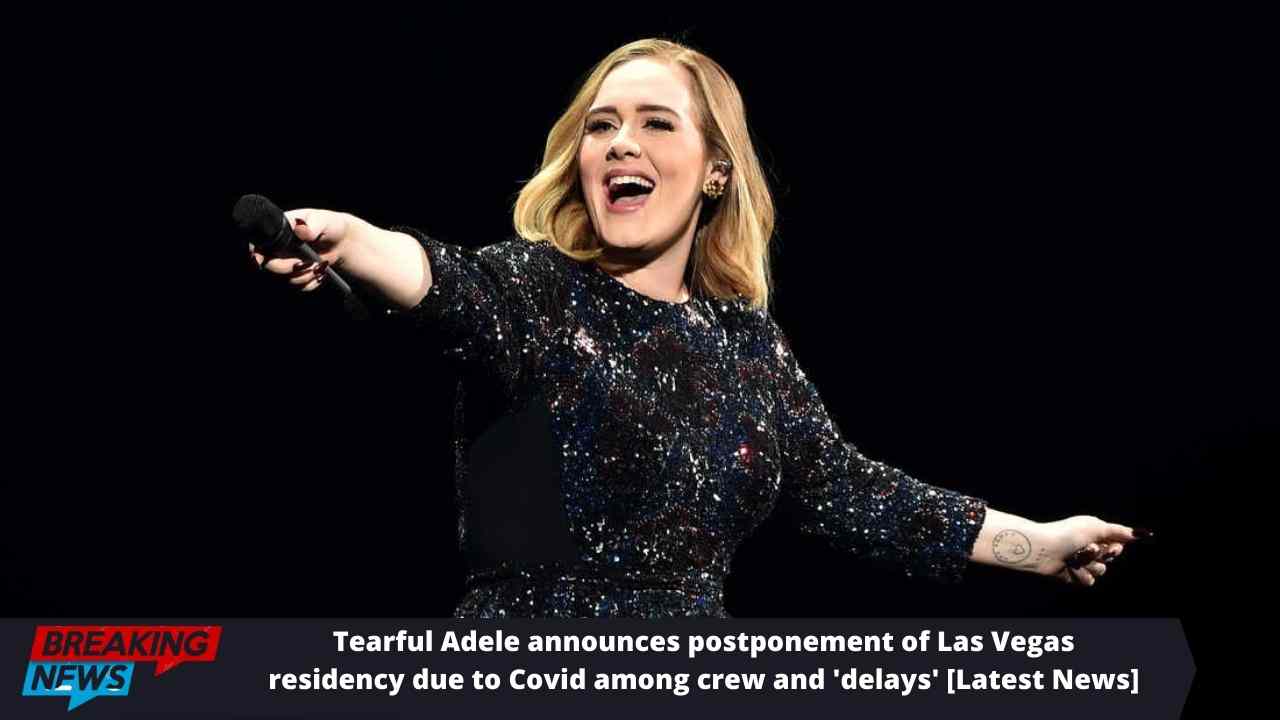 Adele took on her Instagram, and Twitter handles and posted the video mentioned above to declare the cancellation of her two-month-long tour show due to half of her crew contracting covid and other apparent delays. The footage shows as a  Tearful Adele announces the sudden and last minute misfortune.

All hostages were released unharmed after the Texas synagogue

She kept repeating, “I’m sorry over and over while explaining. She mentioned, “I’m gutted”, and how she and her team “stayed up over 30 hours now trying to figure it out, and we’ve run out of time”. She also said, “It’s been impossible. We’ve been up against so much, and it just ain’t ready,” referring to the delays.

Adele is a massive name in the industry, and even if the reason might be grave, you don’t want AN ADELE SHOW to be cancelled when one manages to get a seat among the limited 4,100 seats at the Ceaser’s Palace during the pandemic.

Fans have mostly responded with loving words, wishes, and condolences, but a few have expressed their frustration with the cancelled show. The ones who had travelled from near and far are also entirely lost at the moment with what really to do now and seem a bit agitated towards the singer?

Tearful Adele announces  What about the show?

The show was a very close thing to Adele. Weekends With Adele would be her deluxe residency. She would have performed on weekends in the Colosseum of Las Vegas’ Caesars Palace Hotel, where many other iconic artists such as Celine Dion, Sir Elton John, Madonna and Rod Stewart had once performed back in the days. This residency show in Vegas was scheduled to begin in just hours on January 21, 2022, till April 16 2022, after the singer announced the postponement of her performances.

The show’s being postponed till Adele’ team gets better and is set to prepare. Those who wish to hold the ticket until the new dates are free to do so. The price of tickets for the performances ranged from $85 to $685.

The situation looks pretty fragile, and this is quite stirring for both the singer and fans and those who were to attend the concert. We hope that everything gets better for Adele and her crew gets treated, and the left off epic concert might take place once again to win over the hearts of those angry or sad. Adele needs love and support as she looked in despair in the video while crying and repeatedly apologising while explaining. Adele might upload further updates on her social handles herself.