Venom 2 is An American movie that followed the Marvel comics super hit character Venom. It was a fabulous and fantastic movie. The sequel is written by Tom Hardy and Kelly Marcel. This is directed by Andy Serkis and created by Avi Arad, Matt Tolmach, and Amy Pascal under the Columbia Pictures house. This story is full of drama, thrill, crime, and action.

This movie got whelming success after the release and was trending worldwide. The production of this movie started in January 2019 to February 2020. It was announced to release on 1st October but it was delayed due to the clash with another movie and the pandemic.

The movie got a rating of 6 out of 10 from IMDB and also got a score of 59% from Rotten Tomatoes.  It was pretty good and every critic has their own view about movies. We are going to discuss the 2nd installment further and I hope you will enjoy with us and stay with us till the end. 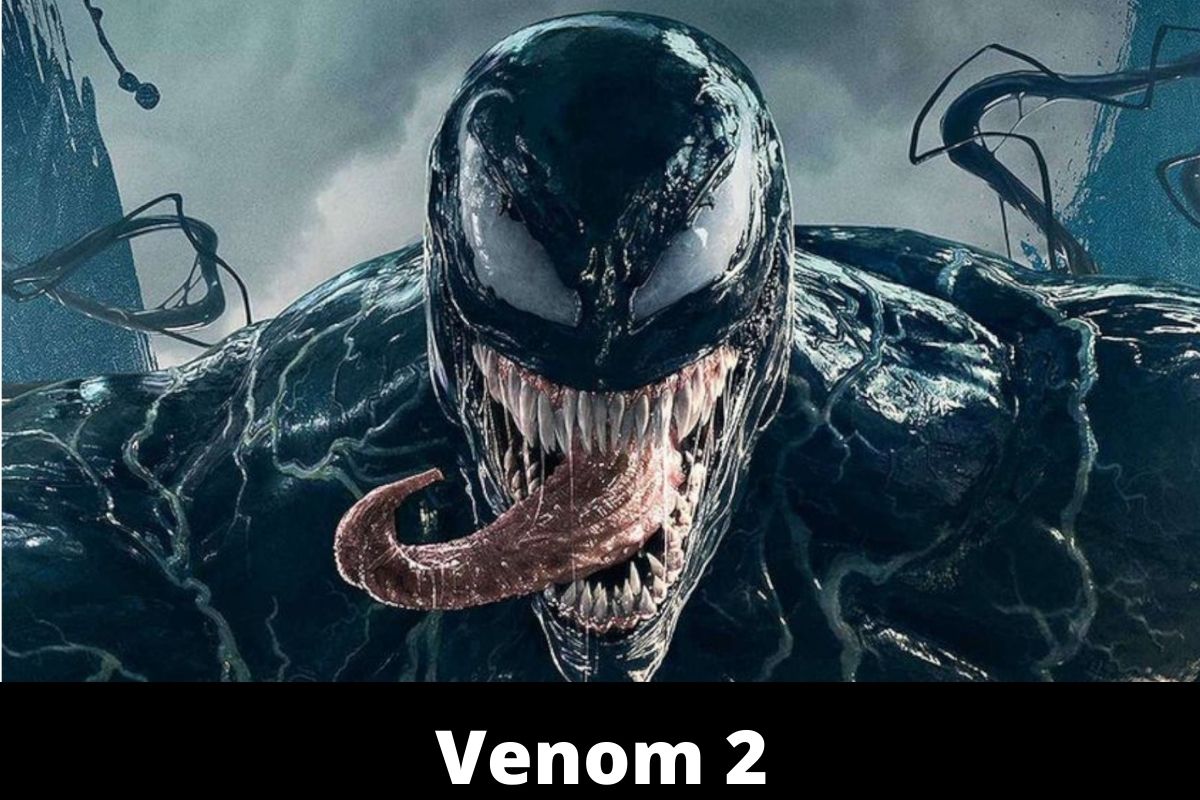 Venom 2 was Released On 14th September 2021 in London and 15th October 2021 in America after facing the difficulties of the pandemic. It was very challenging to release the movie because everyone was depressed and the theaters were open with precautions. The creators took the risk and launched the movie. People enjoyed a lot of watching a movie because the negative side of the pandemic became positive for the creators.

People were fed up while remaining at home for a long time. It gained a huge fan following after its launching. This movie was like a refreshment for the viewers which helps to overcome the stress of the public. Everyone praised this step to release when people were at home and free for watching movies.

So that movie earned a gross revenue of around $506 million dollars which was a huge amount for any hit movie which shows the fan’s love.

This story starts in 1996 when Cletus and his girlfriend Frances leave in an asylum and Frances feels her mutation power is increasing day by day. Then some people came there and took Frances away from him by car. On the way, Frances uses her sonic power to escape from them, and a police officer fires at her but her one eye was injured. Fortunately, she was alive.

After insisting on the police officers Eddie meets Cletus, where Cletus shows him all pictures which are drawn in his jail custody room. Eddie came home and draws all pictures with help of Venom, and after understanding the pictures he knows the location.

He informed the police and from where police collected all the dead bodies of people who are killed By Cletus. Cletus was sentenced to death by the court. Eddie again meets with Cletus In jail where he calls riff-raff to Eddie because he wants to anger Eddie as a result Venom comes out and attacks Cletus but Cletus bites Eddie and took one small piece of Venom.

After that Cletus run from the jail by growing the Venom in his body and go to free his girlfriend Frances from an asylum. Now he became a Carnage bad Venom and Eddie will fight with each other with the help of another Venom. This was an interesting story, I hope you enjoy this.

Thank you for taking the lethal protector past $500 million at the global box office! #Venom: Let There Be Carnage now on 4K Ultra HD, Blu-ray, and Digital. https://t.co/jXcCnOtP34 pic.twitter.com/w6EYvHN0m9

Venom 2 casts played a very good role and they give their best in the movie after understanding the story. And that was a golden movement for them to perform again such a hit movie. The Star casts name is mentioned below:

This movie was already released and got huge love from the public. We know you have already watched this movie. So you can refresh your memory by watching the trailer by clicking on it.

No spoilers – or else. #Venom: Let There Be Carnage is back in select theaters for a limited time, also on Blu-ray, 4K Ultra HD, and Digital. https://t.co/thOGY9p18r pic.twitter.com/P0CVhJ8qlg

CH33TAHXZ 33:-This movie was one of the greatest missed opportunities in modern superhero cinema. Carnage simply cannot work as a character without him being able to rip people to shreds. But as always, the studio just had to put in their own two cents.

Rj Peterson:-Carnage is the perfect answer to Venom. I love me some Venom, don’t get me wrong, and the first movie hit all the right notes for me (haven’t actually watched this one yet). But we got Venom and he was this twisted, monstrous version of spider-man, but as we saw more of him it became more apparent that, yeah, Venom’s bad, but he’s not really THAT bad, and he became more of an anti-hero. So to counter that, we got Carnage and Carnage is FUCKING EVIL.
Final words
This was a good story as the first installment. This movie has entertained people a lot. Some people after venom 2 thinking of the third installment. The marvel comic has unique characters for the new movies. We hope the third movie will be announced by the creators.
If you have queries or suggestions. You can ask in our comment section by leaving your valuable comments.