Virginia’s Football Team Struggled In A Blowout Loss At Illinois, 24-3

Even though Virginia senior quarterback Brennan Armstrong had a lot of proven wide receivers to choose from, he had a strange game in which he threw two interceptions and no touchdowns. Overall, the Cavaliers (1-1, 0-0 ACC) didn’t look like the team that beat the Fighting Illini (2-1, 0-1 Big Ten) 42-14 in 2021. They made too many mistakes that were out of character for them.

In the first few minutes of the game, the Illinois senior quarterback Tommy DeVito’s first pass was picked off by the Virginia Cavaliers. This showed that the Cavaliers’ defense was strong. The Virginia offense went three-and-out quickly, giving the Fighting Illini the football deep in their own territory. 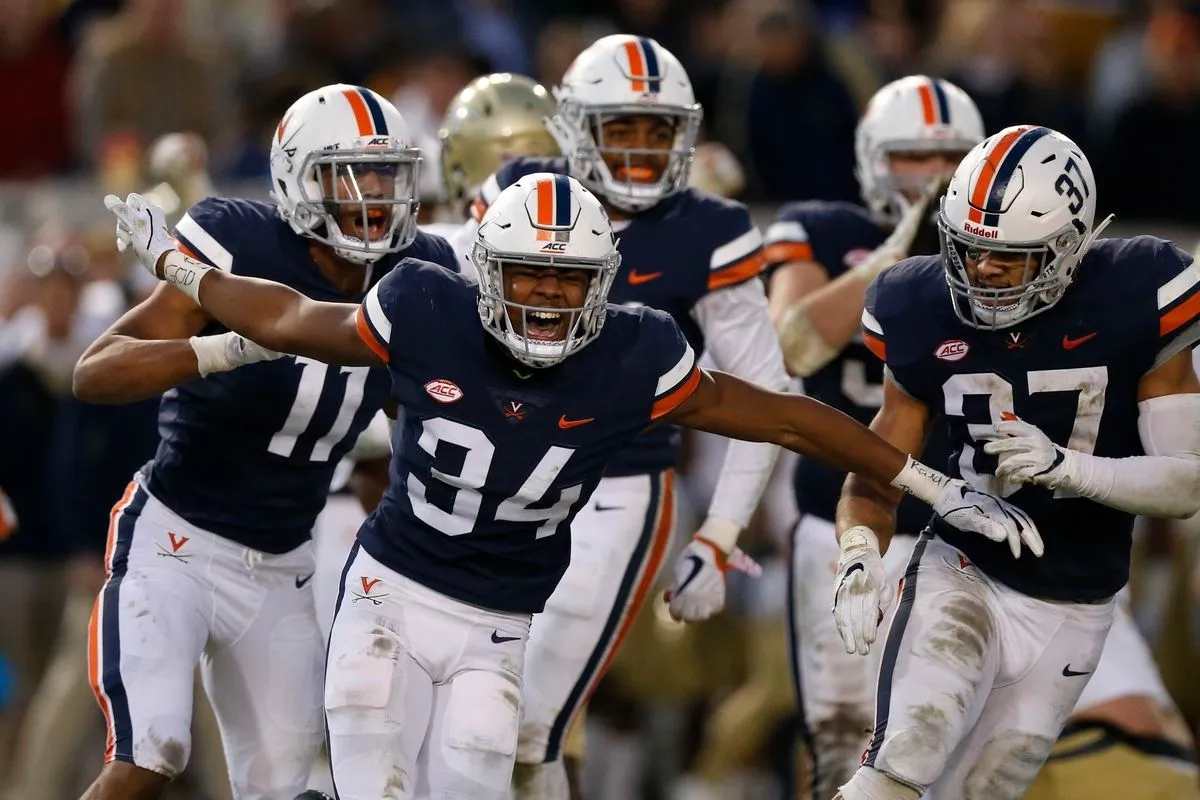 Once again, the Cavalier defense forced a turnover, this time when junior running back Chase Brown lost the ball a few yards down the field. The second turnover gave Virginia its only points of the day. With a good field position, they kicked a field goal with 11:08 left in the first quarter.

After Virginia’s defense had yet another great possession, things started to go downhill. Another mistake by the Cavaliers, a fumbled punt return by senior wide receiver Billy Kemp, gave the Illini an easy touchdown and a 7-3 lead. Even though the offense had moments of brilliance against Richmond, it couldn’t find its footing at all. Another third-and-out led to a successful drive by Illinois. Brown’s running helped the Illini make a quick series of plays that ended with a 39-yard touchdown pass that made their lead 14-3.

Virginia’s bad luck continued late in the first quarter and early in the second. A long punt return, a 43-yard pass from DeVito, and a touchdown that followed made it 18 points behind for the Cavaliers. When the Virginia defense picked up a fumble, Armstrong was able to complete a deep pass to junior wide receiver Lavel Davis Jr., but the play was overshadowed by a missed field goal by the Cavaliers.

Even at this early stage, it seemed like the Illini had put the final nail in the coffin. Both the offensive and defensive lines showed where they were weak by not protecting the pass well and not stopping the run well enough, and Armstrong couldn’t connect with most of his talented receivers.

In the second half, neither team could do anything offensively. Illinois’s only score came at the end of the third quarter when they kicked a field goal. Even after starting over at halftime, the Virginia offense couldn’t get anything going, and Armstrong’s two interceptions made it even harder to score. Sophomore quarterback Jay Woolfolk, who will be the starter when the Cavaliers play Notre Dame in 2021,

eventually got to play. He finished the game as Virginia’s leading rusher, with one carry for 31 yards that got the Cavaliers the closest they had been all afternoon to the end zone. But Woolfolk and Armstrong were not able to score a touchdown, and the ball was turned over on downs.

Coach Tony Elliott said of Armstrong and his linemen’s problems on Saturday, “He was throwing off his back foot, he had some wide open guys, and, you know, just felt the pressure and never could get settled to be able to go through his progressions.” “So, in general, I wasn’t happy with how the offensive line played.”

Armstrong was taken down five times, and he never seemed to get back on his feet during the lopsided loss. The offensive line was completely changed, leaving the quarterback vulnerable in the pocket. The senior also had trouble connecting with his wide receivers all game. Dontayvion Wicks, a junior wide receiver and the Cavaliers’ best receiver in 2021, only caught two passes for 23 yards. Kemp, on the other hand, caught a pass for the first time in 28 straight games.

On the other hand, Virginia’s defense sometimes looked strong, and it caused four turnovers. One of the worst offensive performances in recent Cavalier football history overshadowed the defense, which made impressive strides even though it wasn’t always good at stopping the run. Still, the Cavaliers will have to move on and learn from this loss because they will soon be playing in the ACC.

Elliott said, “That was a rough day at work, but hey, you live, you learn, and you grow, and we’ll find a way to get better from it.” Old Dominion is an in-state team that recently beat Virginia Tech. The Cavaliers will face the Monarchs on Saturday when they return to Scott Stadium (1-1, 0-0 SunBelt). The game will be shown on ACC Network, and it will start at 2 p.m.

For more news like this stay tuned with us at domaintrip.com

Wildfire In Oregon Grows Rapidly, And Many Fires Are Wreaking Havoc Across The West, Threatening Lives And Reducing Air Quality

Statewide Transgender Policies Are Recommended By Law, But Few Virginia School Divisions Have Adopted Them