Avengers series launched the official trailer for its latest sequel, Avengers:Endgame yesterday. Disney’s movie is set to hit the screens on 26th April,2019.

Interestingly if you visit avengersendgame.com, you’re brought to the official website for ‘Once Upon A Deadpool’!!! 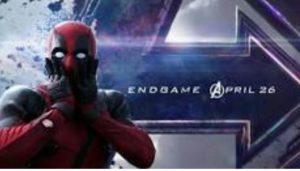 A tweet by account @AGuyInChair stated that he owns these domains. He is willing to hand them over to Disney in exchange for  premium tickets to the movie Avengers Endgame. 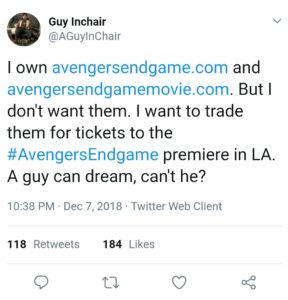 Walt Disney has made no comments on the tweet. No deal seems to be put forward for  for buying the domains.
Until any further development on the issue takes place, let’s enjoy Marvel Studio on Disney ticket.