The Walt Disney Company, also known as Disney, is among the world’s most extensive entertainment conglomerates, with a portfolio that includes more than simply movie rights. Disney has a multitude of theme parks and attractions around the world and cruise ships and resorts; in recent years, it has also purchased firms such as ESPN, GoPro, Hulu, and others. Since March 2020, about a million Japanese gamers have played the Disney Twisted-Wonderland, a smartphone game that, for the uninitiated, would startle anybody familiar with Disney’s reverence for its intellectual properties.

Disney Twisted Wonderland was co-developed by animation production company Aniplex and is legally licensed by Walt Disney Japan. Yana Toboso, the successful anime Black Butler designer, also wrote the main narrative and designed the characters. And it occurs in a universe where Disney villains are given the Hogwarts treatment. So, when will North Americans be able to get their hands on this game?

It’s not just a rumour; it’s official news. Yes, the English release date for Disney Twisted Wonderland has been announced. According to the publishers, the English edition will be accessible for download on January 20th, 2022. According to sources, this version will include English text by default, but gamers will be greeted with the classic Japanese voice during the game’s opening. The performance will be released on both Android and iOS devices to have no restrictions. 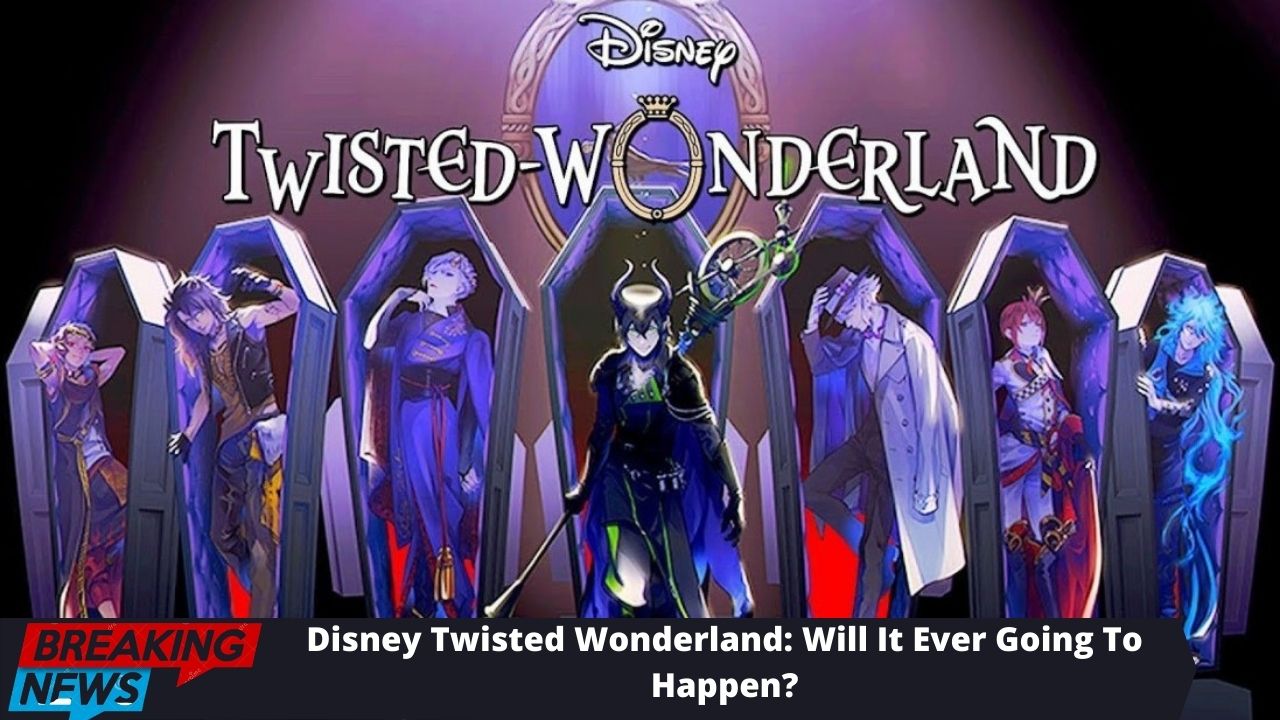 The intriguing narrative of Disney Twisted Wonderland revolves around a protagonist who quests to find his way home. When the protagonist traverses a magical mirror, the players witness him join Night Raven College, a mystical institution.

The fundamental goal of this game is for the protagonist to go to school and make friends with the most exemplary students there. You may change the protagonist’s appearance to suit your tastes. That is what you’d call an interactive game.

You might be wondering what games are featured, and the answer is that there are mostly rhythm games, side games, battles, and a variety of exciting missions.

According to the game, some of the most well-known villain figures will be students at this institution. The classic Disney villains, such as Ursula from The Little Mermaid, the fiercest villain of all times, Scar from The Lion King, and our lovely Maleficent from Sleeping Beauty.

As previously stated, the Lion King’s Scar may be shown in this game. However, it’s worth noting that the human equivalent of Scar is gaining a lot of traction. He’s been dubbed the Leona Kingscholar for his distinctive features, temperament, and charming presence. Because gamers are eager to learn more about this character, it can become a fan favourite.

“King’s Roar” is the name given to the character’s power, which would be distinctive to him. After brief magic, this power can change anything into the sand.

“Leona Kingscholar is a third-year and the leader of Savanaclaw,” according to the character description published on the game’s Japanese website.

While he possesses vast magical abilities, he prefers to avoid exerting much effort, and he looks to be sluggish and uninterested all of the time. He’s the country’s second prince, and he’s arrogant toward everyone.”

The Disney Twisted Wonderland (English) pre-registration option is now available for Android and iOS users. To secure your spot, go to the PlayStore or App Store. Pre-registration tiers now vary from 10,000 to 30,000 dollars and include unique benefits. Gamers will receive a Magical Key if they are at the highest tier, as well as 10k incentives for increasing their experience.

However, there is no official word on when it will be released in Europe, South Asia, or other parts of the world.

While we may anticipate the game to be comparable to its Japanese counterpart, one thing is sure at this point: this version of the game will undoubtedly provide a unique gaming experience to anime, manga, and Disney enthusiasts in the United States and Canada who were fortunate enough to get their hands on it this time, and perhaps the next update is on the way.

How enthusiastic are you about the game?