Greg Abbott, The Governor Of Texas, Will Send Buses Full Of Migrants To Chicago

In the latest version of his controversial busing plan, Texas Gov. Greg Abbott said Wednesday night that immigrants will be taken by bus from the Lone Star State to Chicago. Abbott’s office said that the first busload of asylum-seeking immigrants arrived at Chicago’s Union Station on Wednesday night. The Windy City is now the third stop for immigrants who are being bused from Del Rio, Texas. 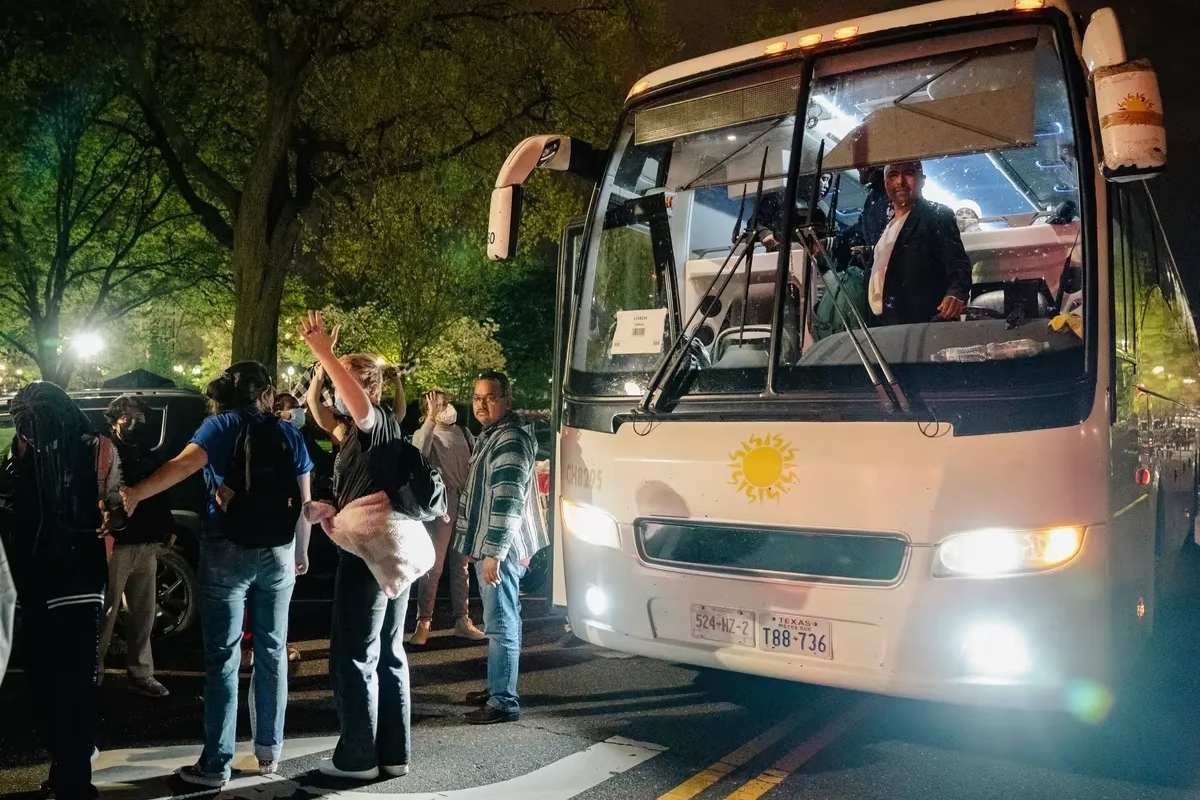 He has already sent people to Chicago, New York City, and Washington, D.C. “To keep giving much-needed help to our small, overcrowded border towns, Chicago will join Washington, D.C., and New York City as another place to drop off donations,” Abbott said. “Mayor Lightfoot loves to talk about how her city has a duty to welcome everyone, no matter what their legal status is, and I can’t wait to see this duty in action when these migrants get help from a sanctuary city that can help them. In April, Abbott began taking people from the border to Washington, D.C. by bus. In June, the first immigrants came to New York City.

Abott’s bus program, which uses both public and private money, has cost $12 million so far, or about $1,300 per immigrant bused to the east coast. People who come to the U.S. through Abbott’s program are not there illegally. They have finished the first step of asking for asylum and have been given legal permission to stay in the country while the federal government decides if they are eligible for asylum or not.

The 1st bus of migrants has arrived in NYC.

Biden refuses to do his job, so Texas continues to take unprecedented action to secure our border.

NYC is the ideal destination for these migrants.

They can receive the services Mayor Adams has boasted about w/in the sanctuary city. pic.twitter.com/4sw41RqKdx

The Post went to the US-Mexico border to see for themselves how asylum seekers from places like Venezuela and Cuba get on buses in Del Rio, Texas after being screened by federal immigration officials. The governor’s office has said that the bus program is voluntary and that immigrants can get off the bus whenever they want. However, immigrants on a bus from Texas to New York City called 911 to say that they weren’t allowed to get off the bus in Tennessee. The Post got a recording from a 911 call in which immigrants said they were being “held against their will.”