On Wednesday, the House voted to censure GOP Rep. Paul Gosar and remove him from committee assignments after the Arizona congressman tweeted an edited Japanese anime cartoon last week depicting him stabbing President Joe Biden and killing Rep. Alexandria Ocasio-Cortez, D-N.Y. He then deleted his tweet.

The vote was 223-207, with the majority of the votes cast along party lines. Republican Reps. Adam Kinzinger of Illinois and Liz Cheney of Wyoming joined all Democrats in voting to impeach Gosar. Rep. David Joyce, R-Ohio, cast a present vote.

As the censure resolution was read aloud, GOP Rep Gosar stood in the House well, flanked by about a dozen colleagues from the hard-right House Freedom Caucus. Democrats spent hours on the House floor Wednesday chastising GOP leaders for not publicly condemning Gosar’s Twitter post, a Trump supporter who has previously espoused conspiracy theories and associated with white nationalist groups. This isn’t about him, This has nothing to do with Rep. Gosar. This is about how far they’re willing to go.

House Speaker Nancy Pelosi was the first to call for a debate on Gosar’s actions, which she described as demanding a response.

They can’t have members joking about murdering one another or threatening the president of the United States. This is both an indictment of their elected officials and an insult to the House of Representatives as an institution. It isn’t just about them, the members of Congress. It represents a threat to everyone in the country.

When a member uses his or her national platform to encourage violence, tragically, people listen to those words, before criticizing House GOP leadership for failing to hold their colleague accountable. Unfortunately, this entire House has been forced to take this action due to the refusal of the opposing party’s leadership. She claimed it took Republican Leader Kevin McCarthy nine days to publicly address the incident, and that when he did, he merely stated that no harm was intended. 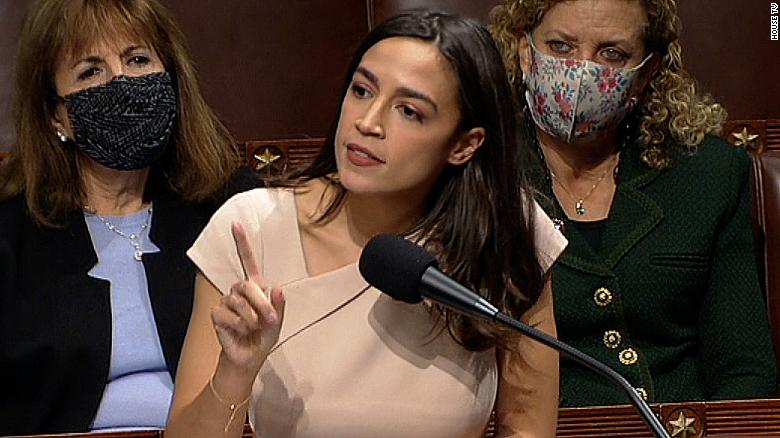 On Tuesday, Gosar apologized for the tweet behind closed doors during a GOP conference meeting. McCarthy stated that he had also spoken privately with Gosar about the tweet, but that no further action was taken against him.

Gosar, speaking publicly for the first time about the video, which he said earlier was an attempt by his staff to reach a younger audience, said he doesn’t condone violence but appeared to accept his fate as Democrats prepare to vote. He does not advocate violence or harm against any member of Congress or Mr Biden, noting that he did not refer to Biden as president.

McCarthy opposed the Democratic move to censure Gosar and remove him from his committee assignments. But instead of defending Gosar’s actions before the vote, he chastised Democrats for what he saw as an abuse of power. McCarthy said The speaker is burning down the house on her way out the door. Allow him to be clear. He does not support violence, and Rep. Gosar has expressed similar sentiments.

If he has to follow in the footsteps of Alexander Hamilton, the first person to be censored by this House, so be it. It has been completed. Ocasio-Cortez urged her colleagues to vote yes, claiming that the depictions are part of a larger trend of misogyny and racism in the United States.

Can you find anyone in the chamber who thinks this is acceptable behaviour? she asked her colleagues. Would you let that happen in your home? Do you think something like this should happen on a school board or in a church?

During a press conference on Tuesday, House Majority Leader Steny Hoyer told reporters that she had never seen such a vile, hateful, outrageous, dangerous, and inciting violence against a colleague in her 40 years. The fact that she would not take some action or make some comments herself, which she has not seen, Hoyer said of Republicans, is a testament that perhaps she is rationalizing, as she rationalizes other items of criminal behaviour.

The decision against GOP Rep Gosar

The resolution dismisses Gosar from the Oversight and Reform Committee, which he co-chairs with Ocasio-Cortez. It also removes him from the Natural Resources Committee. Pelosi told reporters late Monday night that it was McCarthy’s responsibility to rein in and reprimand his conference members, but Democrats, outraged by Gosar’s behaviour, insisted on a floor vote. She deemed the resolution to be an appropriate measure on Tuesday. Why pursue Gosar because he threatened and suggested harming a member of Congress. They cannot have members joking about murdering one another while also threatening the president of the United States.

When a vote was imminent, Gosar appeared defiant on Tuesday. And said, God gives his hardest battles to his strongest soldiers. 23 members of Congress have previously been censured for misconduct. Former Rep. Charlie Rangel, D-N.Y., was the most recent member of Congress to be censured, in December 2010, for nearly a dozen ethics violations.

Travis McMichael testifies in his own defense in Ahmaud Arbery case

Ginni Thomas Believes The 2020 Election Was Stolen At A Meeting On January 6th!