Shion Takeuchi is at it again! The writer and producer of popular adult animated series such as Gravity Falls, Disenchantment, Regular Show, Inside Job is reportedly bringing back Inside Job’ Season 2! And who doesn’t love some raunchy comedy while dealing with monsters?

Netflix has also announced the renewal and coming of the new season, and fans are beyond excited to see more drama unravel. Read on to find more!

Netflix has not announced any official release date for Inside Job’ Season 2 yet. However, fans have speculated that the series will come out in 2022! The series, when released, will be available on Netflix for fans to stream. 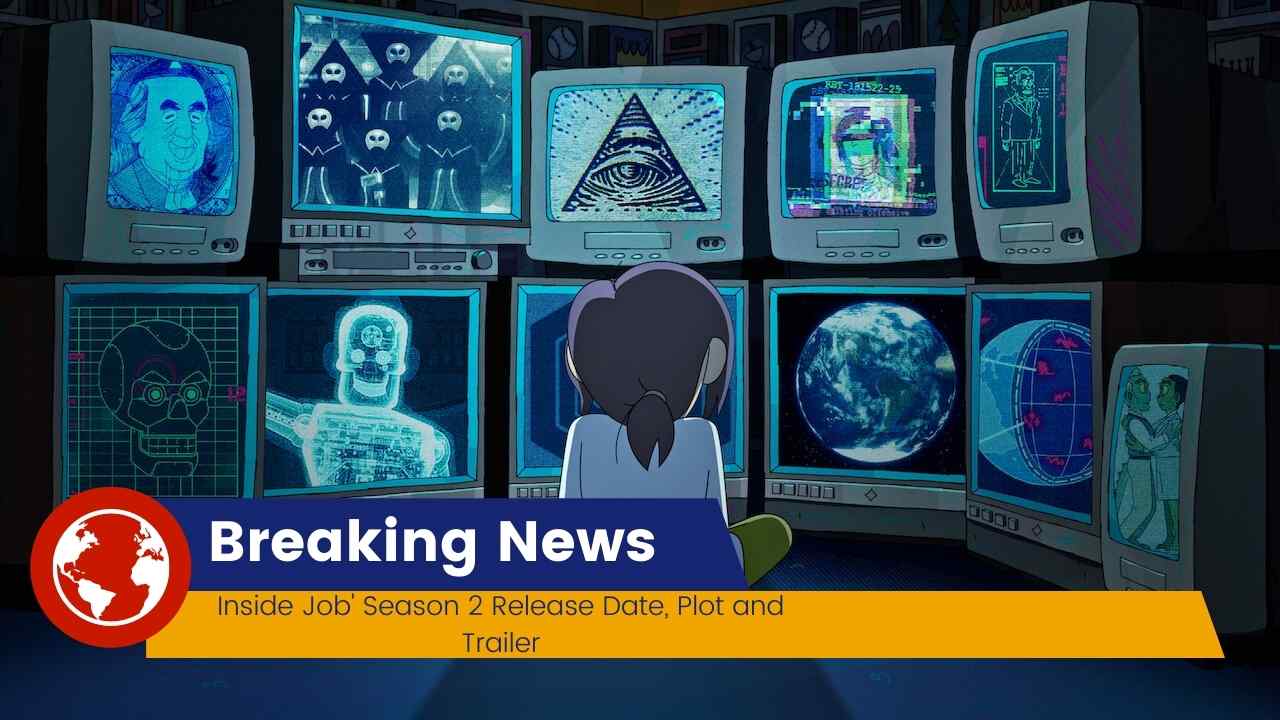 The show was renewed as Netflix ordered 20 episodes for the new season. News is going around that said the series would be released in two-part- ten episodes each. Fans expect the series to come out in October 2022, similar to the first season on October 22, 2021.

Next to none is released about the synopsis of Inside Job’ Season 2, but we can assume many things and make out how the new season will be!

The series is a workplace comedy set in a world where many conspiracy theories are fundamental! The series mainly features a group of characters who take care of potentially catastrophic events that will destroy the world. The series also focuses on the story of two dysfunctional families. The storyline primarily revolves around Reagan Ridley, the brilliant introvert, American-Japanese, robotics engineer working at Cognito Inc.

The show follows Reagan and her new partner as they work in the organisation with their other co-workers who are “reptilian shapeshifters, a human-dolphin hybrid, and a sapient mushroom from hollow Earth.” She believes society itself can be improved while managing her reckless co-workers while looking for promotion along the way. Cognito Inc. is an American silhouette government organisation that attempts to control the world’s people and keep dangerous conspiracies a secret.

The other characters in the storyline include Brett, the ‘yes man’ from Washington DC who tries to come across as a frat boy but is the most sensitive and caring person who wants his colleagues to follow him, and Brett tries to bring out the best in them. Next, we have J.R., the current CEO of ‘Cognito.’ We have ROBOTUS, the robotic substitute of the President Of The United States, who later evolves into the ultimate A.I. who wants to destroy humanity. After ROBOTUS attempts to wipe out humanity, Reagan locks him up in Cognito’s basement. Next is Glenn, the human-dolphin hybrid super-soldier who watches Cognito’s weapons and arsenal.

We might also have Dr Lee, a free-spirited and anxious biochemist who is usually experimenting with a range of remarkable narcotics and often gets addicted to some of the drugs he makes himself.

Lastly, we see Magic Myc, the psychic mushroom-like organism inside Hollow Earth. He is shown to have salty, sarcastic behaviour and can read people’s minds.

The show begins with the connotation that Myc’s species unintentionally brought about the advancement of humanity when their spores were consumed by apes long ago. He also makes a pure bio ‘Sorbitrate’- a chemical used for erasing memory.

Rand is Reagan’s father, Tamiko’s ex-husband, the former CEO and co-founder of Cognito Inc., who now drinks a bit too much alcohol, and plots revenge against his worker.

He was fired after almost revealing the Deep State and attempting to blow up the Sun because his unique “solution” is the cure to skin cancer. At the end of season 1, Rand is reinstated as Cognito CEO by the shadow board.

Fans now await what to expect from Inside Job’ Season 2. Well, we can expect all the fun and both their adventures and their normal fighting-off creatures to be taken a notch high. The workplace comedy might have some twisted expeditions. Our characters and fans cannot wait for it to come out. As the makers have made no official announcements, fans can only assume and hope for the upcoming series to come out.