Fans of the popular series, Firefly Lane, can now gear up as a sequel might drop soon, and it’s Firefly Lane Season 2!

Get ready to dive into more midlife and even more drama! As fans witnessed the first season of Firefly Lane, you can again rest assured to relive the early days of the firefly lane girls and their friendship in the 1970s as we see them growing into much more beloved adults. Read on to know more about what to expect!

There is no official release date by Netflix for Firefly Lane Season 2. On May 26, 2021, Netflix officially confirmed the renewal of the sequel. On August 20, 2021, Katherine Heigl confirmed in a tweet that the new season would come out in 2022!

Makers also reported that the filming and production for Firefly Lane season 2 had begun in Vancouver back in August 2021. So fans can look forward to the upcoming sequel this year sometime, maybe during the summer or autumn. 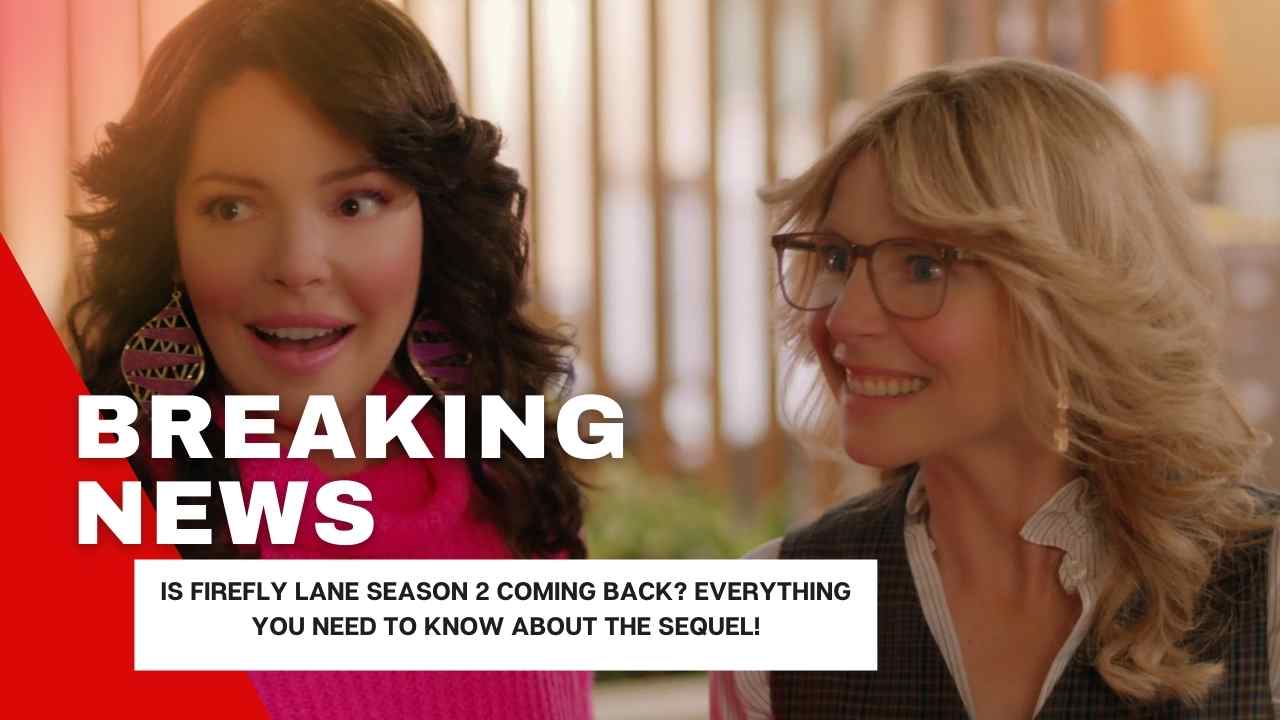 Netflix has no official announcement regarding the entire cast for Firefly Lane season 2, but we can expect these characters to be there still. Michael Spiller and Maggie Friedman, the former director, are coming together to make the new season as imploring as the first. The new season might have the following characters.

We can expect new faces in the upcoming season 2, such as India de Beaufort, Greg Germann, Jolene Purdy, and Ignacio Serricchio!

The first season of Firefly Lane was based on Fly Away. Season 2 is based on the second book in the series, Fly Away. It will dive deeper into Tully’s backstory and her chaotic relationship with her mother.

HSMTMTS Season 3 Will Have a New Cast

The new episodes will answer many questions hauled at fans with a cliffhanger at the end of season one. Fans will get to know if Johnny Is dead? Or will Tully and Kate start a new show? And, the most desired question, what HAPPENED between Kate and Tully’s dust-up at Bud’s funeral? Heigl had mentioned once, “It can’t be that Tully sleeps with Johnny. I don’t think that any friendship can come back from that. I’ll fight to the death that it is not that.”

There is much anticipation regarding the new season, but all we can do is now waiting for the Firefly Lane season 2 to come out and answer fans’ questions finally!

Are you excited for Firefly Lane season 2 this year?